The draft Water Resource Plan, and proposed changes to the existing Water Sharing Plan, were on public exhibition from 26 September 2019 to 29 October 2019

The fact sheet below outlines the main proposed changes.

Please note: Plans may incur minor changes following final legal review and all changes are subject to concurrence from the NSW Minister for Energy and the Environment.

The changes between public exhibition and the final draft can be seen in the track-changes document available below (All changes may not be immediately visible due to template updates).

The draft Water Resource Plan, and resulting changes to the existing Water Sharing Plan, was on public exhibition from 26 September 2019 to 29 October 2019.

Water Sharing Plans continue to be the legal instrument for managing water resources in NSW. Water Resource Plans are put in place to implement the Commonwealth Basin Plan 2012.

The NSW Government has now released its response to recommendations made in the Natural Resources Commission’s Final Report: Review of the Water Sharing Plan for the Barwon-Darling Unregulated and Alluvial Water Sources 2012 (the NRC review is located under 'Latest Reports' on the NRC webpage) and the Final Report of the Independent Assessment of the 2018-19 Fish Deaths in the Lower Darling led by Professor Rob Vertessy on behalf of the Commonwealth Government (the Vertessy Report).

Read the response below:

The response includes proposed changes to the water sharing plan to better protect low flows in the Barwon-Darling system. These changes have been included in the draft plan so that you can have your say.

Water sharing plans continue to be the legal instruments for managing water resources in NSW.

Water resource plans are put in place to implement the Commonwealth Basin Plan 2012.

You can find out more about the proposed changes on the fact sheets below.

If you require assistance in reading these documents, please contact +61 2 9338 6600 or water.relations@dpi.nsw.gov.au

Public information sessions were held at:

A webinar was also held and the recording is also available.

Submissions closed at 5 pm on 29 October 2019 (AEDT). All submissions have been reviewed by the NSW Government.

Accreditation by the Australian Government

The submissions received have helped to inform the final draft of the Barwon Darling Watercourse Water Resource Plan. This final draft will be formally submitted to the Murray–Darling Basin Authority (MDBA).

Following assessment, the plan will be reviewed by the federal minister responsible for water to decide whether to accredit the Water Resource Plan.

Once accredited, the final Water Resource Plan will be uploaded to the MDBA website.

The WRP has built on existing water planning arrangements such as the statutory water sharing plans and consists of the main body WRP, accompanying schedules and appendices.

What areas and water sources does the plan cover?

This plan applies to all surface water resources in the Barwon–Darling Watercourse Resource Plan area. The Barwon–Darling Watercourse Resource Plan area will cover all surface water resources within the existing boundary of the gazetted Water Sharing Plan for the Barwon-Darling Unregulated and Alluvial Water Sources 2012. The Barwon and Darling rivers system funnel highly variable river flow from many inflowing river systems in the northern Basin.

The Barwon and Darling rivers are considered to be unregulated rivers above the Menindee Lakes, although there are major storages regulating flow on many of its major inflowing tributaries (NSW DPI Water 2016).

What is the status of other water resource plans?

If you would like to have more information on the status of other water resource plans and the current plans on public exhibition and their information sessions visit stakeholder engagement.

Back to top
Page link: https://www.industry.nsw.gov.au/water/plans-programs/water-resource-plans/drafts/barwon-darling 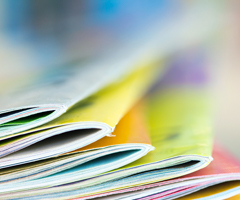 Fact sheets have been developed to help the community provide informed feedback on the various elements of the water resource plans. 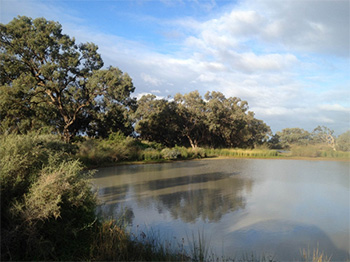