The Floodplain Management Plan for the Upper Namoi Valley Floodplain 2019 (plan) commenced on 7 June 2019. The plan includes management zones, rules and assessment criteria for granting or amending approvals for flood works within the plan area. 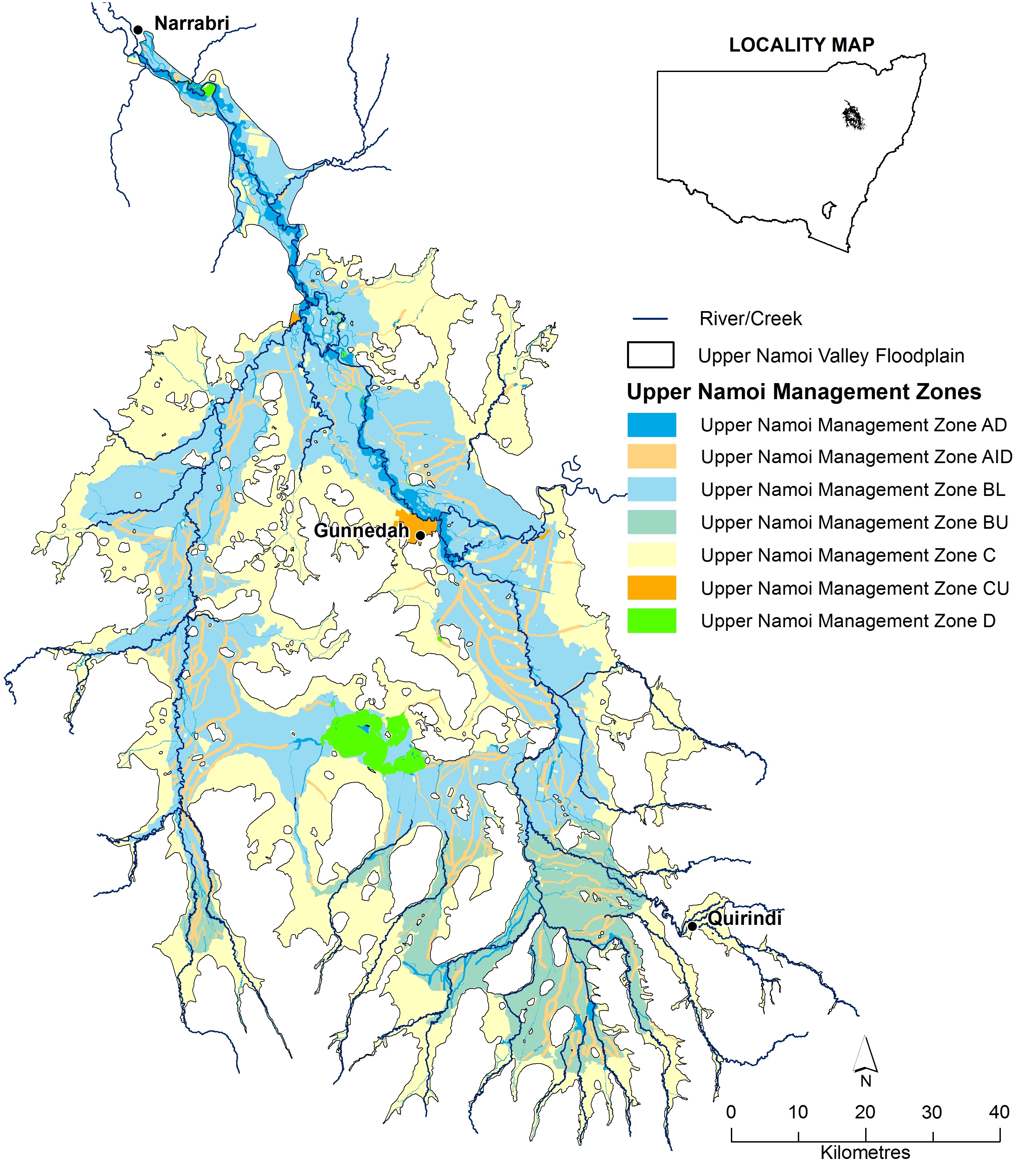 The Floodplain Management Plan for the Upper Namoi Valley Floodplain 2019 is a legal instrument written in the required statutory framework.

The department road tested the major concepts of the plan with key stakeholders during a targeted (informal) consultation process over the period Thursday, 26 February 2015 to Thursday, 21 May 2015. Stakeholders from a range of industry groups—including landholders, Aboriginal communities, environmental interests, consultants and government—were invited to attend workshops in Gunnedah and Narrabri. These workshops introduced attendees to the main elements of the draft plan, including the boundary, management zones, and the rules for granting or amending flood work approvals.

Community input into the preparation of the plan was invited during public exhibition over the period Monday, 19 September to Friday, 28 October 2016. Late submissions to public exhibition were accepted until Friday, 6 January 2017. The department invited input via a media release, the Have Your Say portal, newspaper advertisements and notification letters to key stakeholders and landholders whose properties within Management Zones AD, AID and D within the plan area. The department also hosted individual appointments with interested stakeholders to provide greater detail about how the rules and assessment criteria would be applied in each management zone. Appointments were hosted in Quirindi, Gunnedah, Boggabri, Spring Ridge and Tambar Springs in September and October 2016 and in January 2017.

Back to top
Page link: https://www.industry.nsw.gov.au/water/plans-programs/plans/valleys/upper-namoi