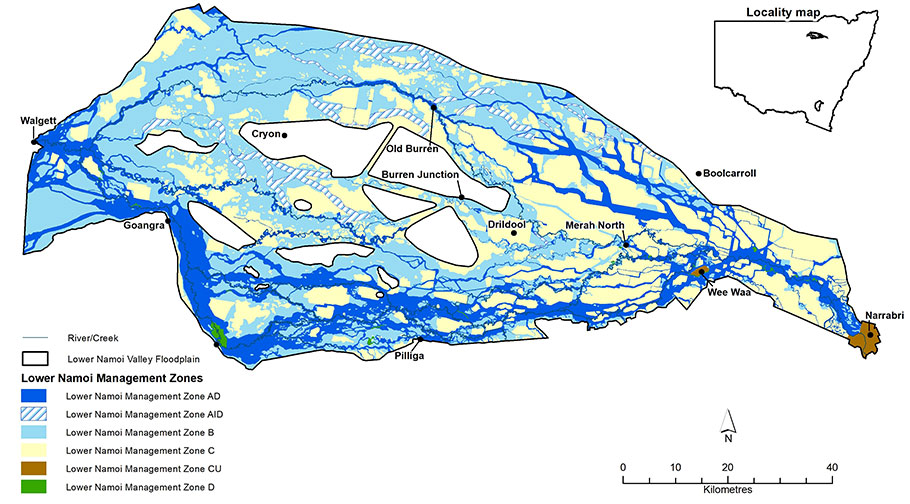 The Floodplain Management Plan for the Lower Namoi Valley Floodplain 2020 PDF, 6620.06 KB is a detailed legal instrument written in the required statutory framework.

A transitional provision has been included in the Floodplain Management Plan for the Lower Namoi Valley Floodplain 2020. This provision mitigates any disadvantage applicants may face as a result of significant delays in the assessment of the flood work applications while ensuring that a comprehensive of assessment criteria is applied to the application. The latter providing for the long-term protection of the floodplain, environmental assets, cultural values and flood flow paths.  More information about this transitional provision is available in a fact sheet PDF, 108.03 KB.

Back to top
Page link: https://www.industry.nsw.gov.au/water/plans-programs/plans/valleys/lower-namoi