The NSW Government will invest $71.5 million to repair critical flood mitigation infrastructure in the Hunter Valley that has a proven track record of protecting the region.

This funding includes $21.5 million as part of the NSW Budget for planned maintenance and extra resources, such as flood specialists, to ensure the scheme remains ready for future flood events.

“This crucial scheme is designed to mitigate or reduce flood damage and provide flood protection for rural land as well as towns in the Hunter Valley,” Mr Toole said.

“The scheme proved invaluable in the recent flooding event which is why the NSW Government is investing $71.5 million to repair and upgrade the infrastructure to ensure it will continue to protect communities for generations to come.

Minister for Lands and Water Kevin Anderson said the Hunter Valley has experienced significant flooding recently and flood mitigation infrastructure has remained strong, reducing the risk to life and property.

“This scheme plays a vital role in minimising the impact of flooding for more than 250,000 people across the Hunter including Maitland, Raymond Terrace, Singleton and Aberdeen,” Mr Anderson said.

“This funding will allow us to remediate around five kilometres of riverbank across 14 separate sites on the Hunter, Paterson and Williams Rivers.

“We are still assessing the damage caused by the major flooding in July, but the community can rest assured that any further repairs that are needed will be identified and funded as a priority.

“The floodgates, levees, spillways, drainage channels and bank protection work in place under this scheme, has reduced the impact of flooding in the Hunter.”

The scheme was built after the disastrous Hunter River flood of 1955 and includes:

“By investing in the upkeep of flood mitigation infrastructure we’re ensuring the Hunter Valley is in the best position to weather the next storm,” Mr Layzell said.

“The scheme puts the safety of people, property and infrastructure front and centre and protects rural areas and major towns from minor to moderate flooding.

“From droughts to bushfires and floods, regional NSW has faced a number of natural disasters in recent years and each time we emerge stronger and more resilient.”

Maitland City Council Mayor Philip Penfold welcomed the investment by the NSW Government into the levee banks after the recent floods.

“This investment will ensure the scheme continues to be flood ready and the people in the Hunter region remain protected against future flooding events,” Cr Penfold said.

The investigation and design work needed to facilitate these complex repairs is expected to be complete by June 2023. Urgent repair works are already underway at a number of locations and further critical sites will be repaired as a priority. 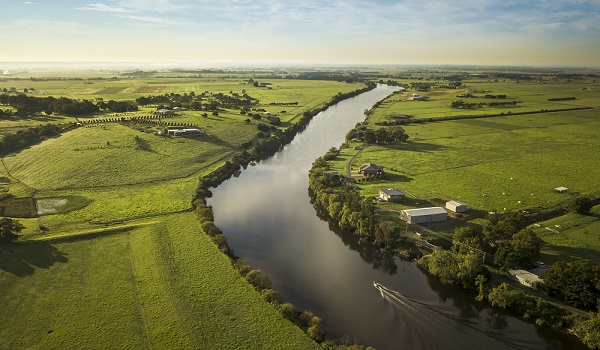 The NSW Government will invest $71.5 million to repair critical flood mitigation infrastructure in the Hunter Valley that has a proven track record of protecting the region.

Back to top
Page link: https://www.industry.nsw.gov.au/water/news/hunter-flood-mitigation