The Natural Resources Access Regulator (NRAR) has fined four landowners in October for illegal earthworks near NSW waterways and is keen to get the message out – you must have controlled activity approval before digging near waterways.

The NRAR’s Chief Regulatory Officer Grant Barnes said landholders need to be aware that many activities on waterfront land must have their approval or they risk being fined and/or prosecuted.

“Illegal works around our watercourses threatens the health of our rivers and the accessibility of this precious natural resource to all water users downstream.

“If you’re planning to do any works on or within 40m of a waterway or water body, and those works could change water flow or quality or erode banks, you need controlled activity approval.

“Approvals ensure works are done in a way that minimises harm to the waterfront land and other water users. This includes removing or depositing material, as happened in cases this month.

"In additional to the fine, land holders are also required to remediate the areas they disturbed to return it to how it was, and that can be costly,” Mr Barnes said.

The NRAR took the following illegal earthworks actions in October:

Action was also taken by the NRAR against a Narrandera landowner in October. He was issued with a $750 penalty notice for pumping water for irrigation without a working meter, an offence under s91I of the Water Management Act 2000, and given a notice of direction to upgrade his metering.

For further information about the NRAR and what it does, visit here. 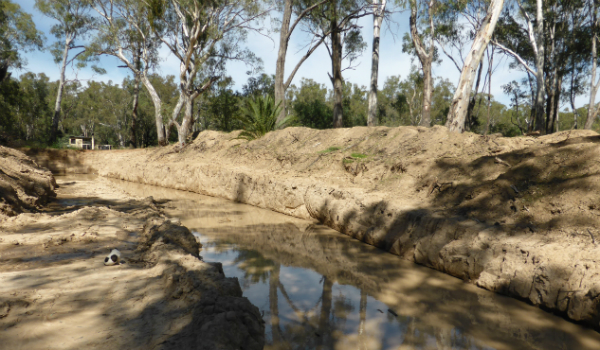 Back to top
Page link: https://www.industry.nsw.gov.au/water/news/fines-issued-by-NSW-water-regulator-concerned-by-illegal-earthworks