The state’s water regulator has released the results from phase 1 of its Coffs Harbour water compliance campaign, as its officers head out into the field for phase 2.

Officers from the Natural Resources Access Regulator inspected 10 fruit and vegetable farms in the area to give them a better understanding of the level of compliance with water laws in the area.

Inspections have been carried out at Korora, Woolgoolga, Bucca, Bonville, Coffs Harbour and Sandy Beach, and NRAR’s Director Water Regulation (East) Greg Abood said none of the properties had been 100% compliant.

“We’ve found a range of alleged breaches of the water laws, with oversize dams being one of the main trends,” Mr Abood said.

“At a time when the state is struggling through one of the worst droughts on record, we are taking proactive and systematic action to ensure a level playing field in the industry,” Mr Abood said.

“This benefits all water users and the environment.”

There was some good news from the inspections – despite none of the farms being fully compliant, officers also saw good water management practices such as irrigation scheduling, water recycling and native vegetation buffers next to streams.

Mr Abood said industry and government bodies he and officers had met with were supportive of the campaign, after presentations to Oz Group Cooperative Ltd, North Coast Blueberry Interagency Committee and Berries Australia.

Phase 2 of the campaign is already underway, with officers continuing to focus on checking dam size, bores, pumping logbooks and water take.

Mr Abood urged water users not to wait for an inspection before ensuring they were compliant with water laws.

“Take action now. We urge water users to check their licences and approvals to make sure they comply.

“Even if you didn’t build the dam or sink the bore, if it’s on your land you are responsible for it. By taking water illegally you are taking it from other farmers, your community and your environment, and you could be up for a penalty – or more.

“Through ongoing targeted engagement and field inspections, we will encourage the industry to act in a way that sees a notable improvement in levels of compliance with water laws in the area,” Mr Abood said.

To make a confidential report on suspected water misuse, contact the NRAR Hotline on 1800 633 362 or  mail nrar.enquiries@nrar.nsw.gov.au.

For further information about NRAR and what it does, visit industry.nsw.gov.au/nrar. 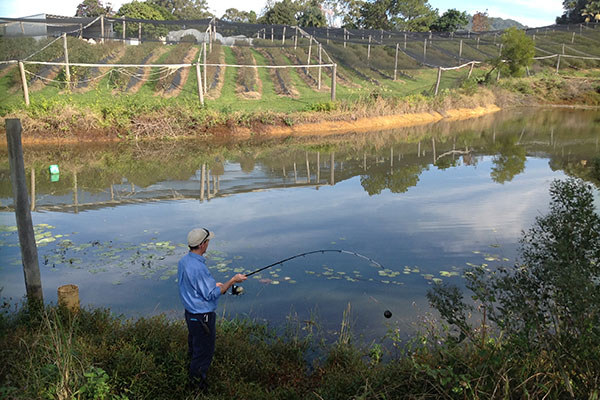 Back to top
Page link: https://www.industry.nsw.gov.au/natural-resources-access-regulator/nrar-news/water-regulators-coffs-harbour-compliance-campaign-enters-phase-2