Water compliance is increasing in NSW, thanks to the actions of the Natural Resources Access Regulator (NRAR) who this week marked its second anniversary, and tripled prosecution for water theft and lack of compliance earlier this month.

Since its formation, NRAR has commenced 20 prosecutions in court, undertaken 1,119 regulatory actions and cleared a backlog of 483 cases it inherited from previous water management agencies.

“NSW communities needed to know they could rely on a strong water compliance authority to make sure water was shared fairly and protected. NRAR has become a world-class regulator and will continue to ensure lawful water use into the future,” he said.

As a modern regulator, NRAR is adopting new technologies to ensure water compliance. It now uses satellite imagery analysis and drones, and is an advisor behind the scenes on the government’s new telemetry system.

These technologies helped NRAR run 16 compliance and/or investigative campaigns since inception, four of those this year. A small number of these have been running for many months or in staggered phases as they target known hotspots of non-compliance.

Compliance campaigns are run alongside investigations of suspicious activity reports by the public. Reports are prioritised so that those with the potential to cause the most harm to waterways, water users or the environment are targeted first.

“We are building a compliance regime that protects the value of water from those who seek to obtain it unlawfully. Each action we take goes towards building and maintaining public trust and confidence in water regulation,” said Mr Barnes.

“We require the highest ethical standards of our people, with accountability, integrity, service and trust, as we resolutely commit to act transparently in the public interest at all times, and protect our independence.”

Chair of NRAR’s Board, the Hon. Craig Knowles AM, said the NRAR Board was proud of NRAR’s performance and its high standards of service and integrity.

“NRAR’s second anniversary results show a regulator targeting those causing most harm to our river systems and constantly seeking out the best way to do so. I congratulate Grant Barnes and all of the NRAR team for showing such solid results in only two years."

The regulator has continued its vital work during the COVID-19 lockdown period while observing NSW Health recommendations to ensure the safety of water users and staff. 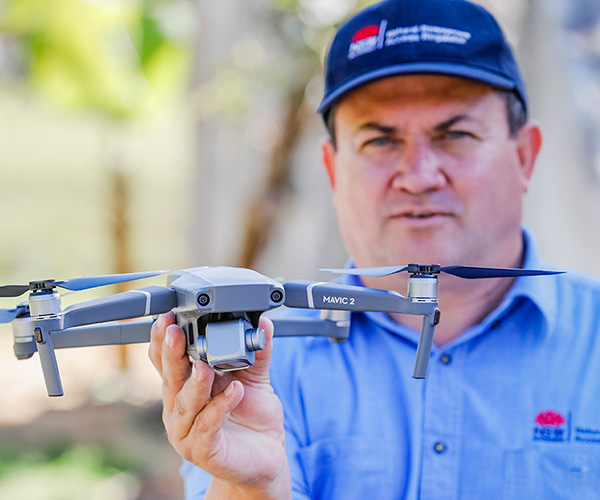 Back to top
Page link: https://www.industry.nsw.gov.au/natural-resources-access-regulator/nrar-news/water-compliance-increasing-nrar-triples-prosecutions-as-it-hits-its-second-anniversary