Two landholders from the Walgett area will face 14 charges in the Land and Environment Court for breaches of water laws in 2016 and 2017.

The last charge is for allegedly failing to comply with a direction to install a pattern-approved meter. This is an offence under s336C(1) of the Act.

The case is the 20th court prosecution brought by the Natural Resources Access Regulator (NRAR) since it was formed two years ago in April 2018. This is almost triple the prosecution rate of those allegedly breaching water laws of the two years prior to NRAR’s establishment.

NRAR Chief Regulatory Officer Grant Barnes said the extent of the offending was one of the reasons the case reached the point of prosecution.

“NSW has faced its worst drought on record in which it is essential that water is shared fairly and protected for critical human needs,” Mr Barnes said.

“Preserving flows in the Barwon River is vital to maintaining water quality and native fish and aquatic animal populations along the length of the river, as well as supporting breeding activity.”

Mr Barnes added that due to the critical nature of NRAR’s work, its officers were continuing to monitor potentially unlawful water use during the COVID-19 response period, while observing all NSW Health recommendations to ensure the safety of both water users and NRAR staff. 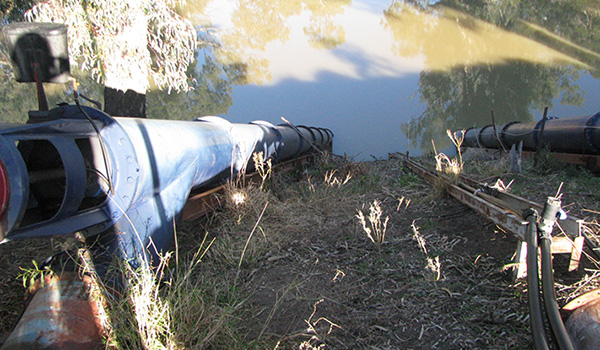 Back to top
Page link: https://www.industry.nsw.gov.au/natural-resources-access-regulator/nrar-news/landowners-from-walgett-area-face-string-of-charges-in-land-and-environment-court