More than 5.4 hectares of Crown land will be returned to the ownership of Coffs Harbour and District Local Aboriginal Land Council following successful Aboriginal land claims.

The land will be returned as freehold land to Coffs Harbour and District Local Aboriginal Land Council.

“Happy Valley is very significant to Coffs Harbour’s Aboriginal community both culturally and emotionally as a settlement spot and an area used for thousands of years by the traditional custodians the Gumbaynggirr people,” Mr Ramalli said.

“Two land claims on the area have been part granted by the Department of Planning and Environment after meeting statutory criteria in the Aboriginal Land Rights Act 1983, representing a significant win for the local Aboriginal community.

“It’s great to see this land returned to Aboriginal ownership which will ensure the history, culture, knowledge and skills of the Gumbaynggirr people can be maintained and shared with the wider community.”

“Coffs Harbour is a Garden of Eden as far as I am concerned, and Happy Valley is a special place for the Aboriginal community, so I was over the moon when I heard the claims had been granted as it means we can protect this area,” Ms Hoskins said.

Public access to surrounding beach will be maintained via existing walkway, cycleway and sand paths that will remain in government ownership to support community recreation. 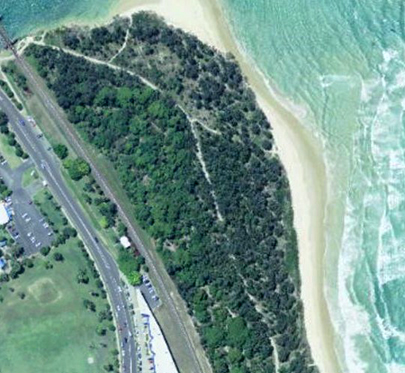 Aerial view of the area near Orlando Creek where the land is located.

Back to top
Page link: https://www.industry.nsw.gov.au/media/releases/2022-media-releases/happy-valley-land-for-aboriginal-community