Virgin Galactic Commercial Director Stephen Attenborough has been announced as the first keynote speaker for CEBIT Australia 2019, the Asia Pacific’s largest and longest running business-to-business technology exhibition and conference in Sydney from 29 – 31 October.

Mr Attenborough, one of eight keynote speakers at CeBIT, was invited by Sir Richard Branson to join Virgin Galactic as the company's first full time employee in 2004 to put in place the commercial foundations of the business and to create a new market for private space travel.

Now he leads the company’s commercial activities including partnerships for the human spaceflight business.

“We’re thrilled to have Stephen Attenborough as this year’s keynote speaker,” Mr Scheeler said. “The story of how Virgin Galactic has created a new market for space exploration in the digital age is an extraordinary one.

“Stephen will be sharing the latest news from California, where the Virgin Galactic spacecraft is going through its final testing phase. He’ll also explain the impact new technologies have on businesses and focus on how to drive business innovation and growth through the right combination of innovative people and technology.”

NSW Minister for Trade and Industry, Niall Blair, said the space industry was an exciting and fast growing tech sector so the addition of Virgin Galactic to the CeBIT line-up should attract significant interest.

“Most of Australia’s space industry is based in NSW and the NSW Government is exploring development of a Space Industry Hub for space companies, research and education institutions in Sydney that can grow companies for later relocation to the Western Sydney Aerotropolis,” Mr Blair said.

“The revamped CEBIT Australia will again be held in Australia’s tech and start-up capital of Sydney and the government is backing it given its prominence as Asia Pacific’s leading business to business innovation and technology event.”

CEBIT Australia 2019 will be held for the first time in October and will include new, innovative and interactive activations onsite, hackathons, innovation camps, innovative speakers, outdoor displays and after hours networking social events. 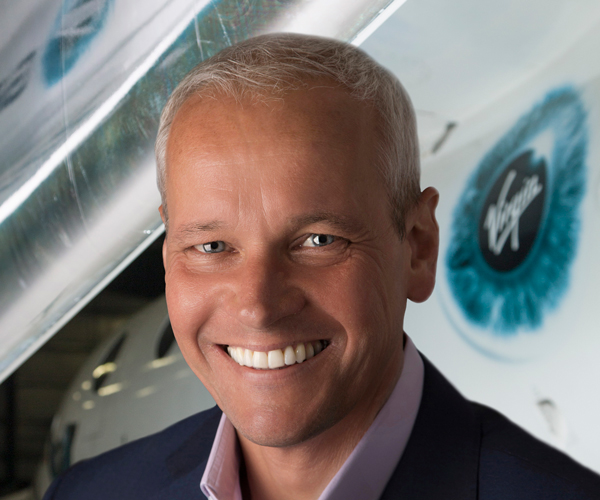 Back to top
Page link: https://www.industry.nsw.gov.au/media/releases/2019/virgin-galactics-stephen-attenborough-announced-as-keynote-speaker-for-cebit-australia