US company Signal Energy, LLC has chosen Sydney for its Australian headquarters secured with the assistance of the NSW Government, creating more than 40 jobs and hundreds of indirect jobs in the renewable energy sector.

“Signal Energy is a major engineering, procurement and construction services company and its choice of Sydney is a vote of confidence in our industry’s future,” Mr Ayres said.

“As well as its more than 40 direct jobs, Signal Energy Australia has also secured work on two major NSW solar farm projects being built at Finley and Darlington Point which will support about 400 construction jobs. These projects will have positive economic spin-offs for the Riverina.” 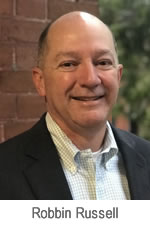 “The NSW Government has been a tremendous help in getting our company established in Australia by providing market and regulatory information and introductions to potential clients and suppliers,” Mr Russell said.

“The Australian renewable energy market is growing and we have chosen Sydney as our base as it is the nation’s business capital and close to the majority of our potential customers and partners.”

“ESCO Pacific and John Laing chose Signal Energy for the Finley Solar Farm which will be built on about 1,000 acres and produce enough electricity to meet the needs of more than 90,000 homes, displacing more than 400,000 tons of carbon dioxide emissions annually.

“Signal Energy Australia has been selected by Edify Energy and Octopus Investments to build the Darlington Point Solar Plant which will provide power for more than 115,000 NSW homes and displace over 600,000 tons of carbon dioxide emissions annually.”

Back to top
Page link: https://www.industry.nsw.gov.au/media/releases/2019/us-company-chooses-sydney-for-australian-hq