Greyhound racing will return to the Central Coast tonight following a $762,000 upgrade of Gosford greyhound racetrack funded by the NSW Liberals & Nationals Government.

Mr Toole said the modernised track would now be one of the safest in Australia and will secure the sport’s future in the region.

“This major upgrade is great news for the region as it has enabled racing to recommence at the track after being suspended in February,” Mr Toole said.

“The project has included remediation of the track, installation of a new safety rail, an upgraded irrigation system and a variable speed motor lure.”

“It’s great to see the Gosford club ready to resume racing on a safer and better-designed track that ensures its future as a vital part of the industry,” Mr Mestrov said.

“GRNSW thanks participants in the Gosford region and club management for their patience. We look forward to upcoming announcements that fit within our strategic plan’s three key pillars of a Responsible, Competitive and Sustainable industry.”

“This is a key part of the NSW Government’s reforms to ensure a sustainable greyhound racing industry based on the highest standards of animal welfare,” Mr Martin said.

Gosford is the first track upgrade under the NSW Government’s $30 million, five-year program to make racetracks across NSW safer for racing dogs, with additional upgrades to be announced in the future. 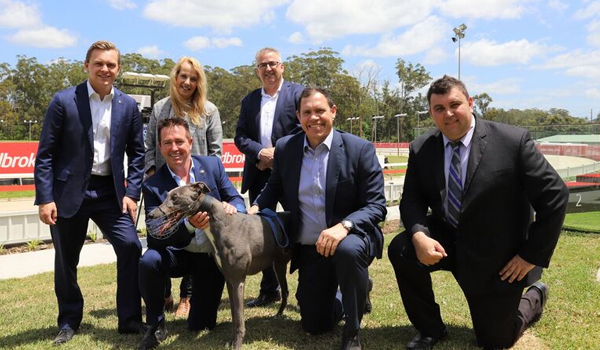 Back to top
Page link: https://www.industry.nsw.gov.au/media/releases/2018/greyhound-racing-returns-to-gosford