Deputy Premier and Minister for Regional NSW and Skills John Barilaro was in Broken Hill on the weekend to meet with staff and young apprentices benefitting from the Government’s Wentworth to Broken Hill Pipeline construction project.

“This is a game changing project for the Far West of NSW, which will benefit the economy by some $50 million,” Mr Barilaro said.

“More importantly, our investment in this $500 million project will leave a lasting skills legacy for the region, giving local young people, women and the Aboriginal community skills they can use to support a lifetime of work,” he said.

“The ISLP also requires at least eight per cent of the project workforce to be aged under 25, 20 per cent of all trades roles to be made up of apprentices and aims to increase the number of women in non-traditional roles, and to increase the participation of Aboriginal people.

“So the people of Broken Hill are getting a safe and secure water supply that will deliver water for generations to come at the same time as getting a skilled workforce that can support industry for future growth in the region,” he said.

“This was even before the Skills Legacy targets were set for the construction consortium of John Holland, MPC Group and TRILITY who have so far employed 22 local Aboriginal people on the project.”

Minister for Regional Water Niall Blair said the pipeline would be one of the State’s fastest infrastructure builds with completion scheduled for the end of 2018.

“As a result Broken Hill won’t have to wait long to get a safe and secure water supply that will deliver water for generations to come,” Mr Blair said. 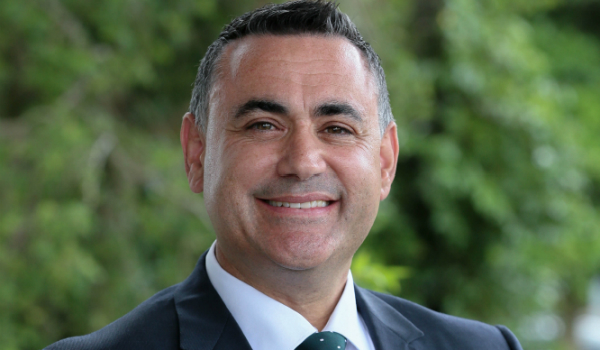 Back to top
Page link: https://www.industry.nsw.gov.au/media/releases/2018/broken-hill-pipeline-to-leave-a-skills-legacy