Greyhound racing will return to Gunnedah thanks to a $480,000 upgrade of the local greyhound track funded by the NSW Government.

Minister for Racing Paul Toole visited the track today with Member for Tamworth Kevin Anderson to announce the project, the second under the $30 million, five-year program to improve safety for dogs.

“The NSW Liberals & Nationals Government is helping secure the future of greyhound racing in the State’s north-west through this project,” Mr Toole said.

“The funding announcement will pave the way for greyhound racing to return to Gunnedah after racing at the track was suspended in February due to safety concerns following sustained water damage.”

Member for Tamworth Kevin Anderson said the project would include remediation of the track, with work to commence shortly, and be complete in a couple of months.

“I’m thrilled we have funding to upgrade and reopen the track. While it has been closed local trainers have had to travel long distances to race their dogs,” Mr Anderson said.

“GRNSW worked collaboratively with the NSW Greyhound Breeders, Owners and Trainers Association to request the funds through the Government’s grant program to secure this great outcome for the local racing community,” Mr Mestrov said

“This project will ensure that greyhound racing can grow in the Gunnedah region while at the same time ensuring the welfare of dogs and the sustainability of the sport.”

The Government’s Greyhound Racing Capital Grants Program funds projects to improve animal welfare at venues across the State. The first project under the program, an upgrade of Gosford greyhound track, was announced earlier this month.

Greyhound Racing NSW is developing high quality design standards for its racecourses based on research by the University of Technology, Sydney.

Further funding from the $30 million package will be announced during the year. 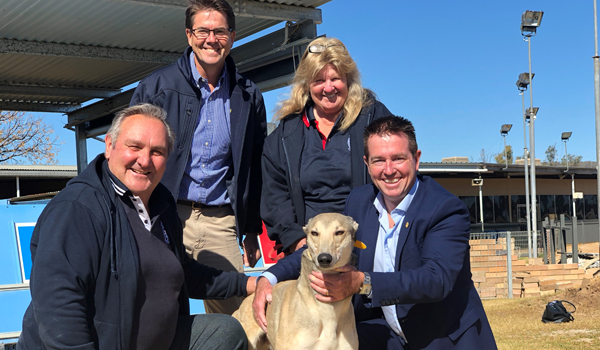 Back to top
Page link: https://www.industry.nsw.gov.au/media/releases/2018/$480,000-upgrade-for-gunnedah-greyhound-racetrack