Two former Atlassian employees have spread their wings to develop new customer feedback management software with support from the NSW Government, attracting large companies such as Nike, Deloitte and Freshworks to their cloud platform.

“It’s great to see talented Sydneysiders Benjamin Humphrey and Bradley Ayers taking a leap of faith to launch their own great idea that has the potential to create new business growth and jobs for NSW,” Mr Barilaro said.

“After initial support from the NSW Government Dovetail is now growing strongly and hopes to succeed both in Australia and internationally.”

Dovetail CEO & cofounder Benjamin Humphrey said it was a big step to leave Atlassian to bootstrap his own company but he has confidence in the product.

“At Atlassian we were working on some really cool platform pieces so it was a big decision to leave that and start our own thing” Mr Humphrey said.

“We’re inspired by the Atlassian model of building great SaaS products that people love to use every day, and differentiating ourselves with great design, functionality, and affordability.”

Mr Humphrey, who has previously worked in Silicon Valley as the lead designer of Delicious, said the Jobs for NSW grant will help Dovetail develop new features for customers to analyse the emotional sentiment of large sets of data from a range of apps and social media.

“It’s been an interesting journey so far trying to bootstrap a startup, and the Jobs for NSW grant has really helped us develop our product,” Mr Humphrey said.

“We have over 500 companies signed up for Dovetail, and we’ve been working closely with researchers and product managers at Pinterest, Deloitte, MacMillan Learning, Freshworks, and Tyro to shape our MVP.

“We’re excited about the future of our company. We believe that deeply understanding your customers is the secret ingredient to making great products, and that’s exactly what we’re intending to do with Dovetail,” he said. 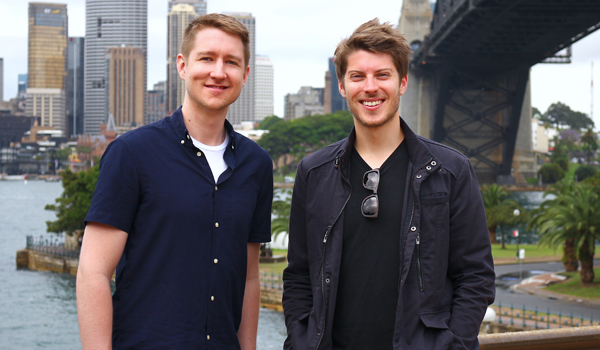 Back to top
Page link: https://www.industry.nsw.gov.au/media/releases/2017/2017-media-releases/ex-atlassians-take-flight-with-dovetail