Native title is the name Australian law gives to the traditional ownership of land and waters that have always belonged to Aboriginal people according to their traditions, laws and customs. The Commonwealth Native Title Act 1993 sets out how native title rights are to be recognised and protected.

The department is committed to managing Crown land consistently with the Commonwealth Native Title Act 1993.

Native title rights are different to and separate from the statutory right of Aboriginal Land Councils to make claims for land under the NSW Aboriginal Land Rights Act 1983.

The Native Title Act does four major things of relevance to the department:

A new provision in the Crown Land Management Act 2016 is the ability to issue native title certificates.

Native title certificates will only be issued in limited circumstances.

Native title certificates, if issued, will state that 'there is adequate evidence to show that native title rights and interests in relation to the land have been extinguished or do not exist'.

The process for issuing native title certificates is being reviewed. The department is yet to finalise this process and will provide updates when it becomes available.

A full list of all the current registered native title claimant applications in NSW is available from the NNTT register of claims.

Notification of a native title claim over Crown land

When a claim is registered by the NNTT, the NNTT notifies people who have a registered interest in the claim area, such as a lease over Crown land. Notice of the claim is also published in local and national newspapers.

On 8 December 2017, the Federal Court made a consent determination that the Gumbaynggirr People have native title rights and interests over an area of land and waters at Wenonah Head, near Urunga, on the mid-north coast of NSW.

These native title rights are non-exclusive which means they exist alongside the rights of the public to continue to access and enjoy Jagun Nature Reserve, Wenonah Head recreation area, Crown waterways and the beach, and the rights of the government to effectively protect and manage those areas.

On 29 August 2017, the Federal Court made a consent determination that the Western Bundjalung people have native title rights and interests over areas of land and water between Casino, Tenterfield and Grafton in the far north coast region of NSW.

These native title rights are non-exclusive which means that it doesn’t affect existing land users (including those that hold valid Crown land licences and permits) as long as the rights of the native title holders are respected. 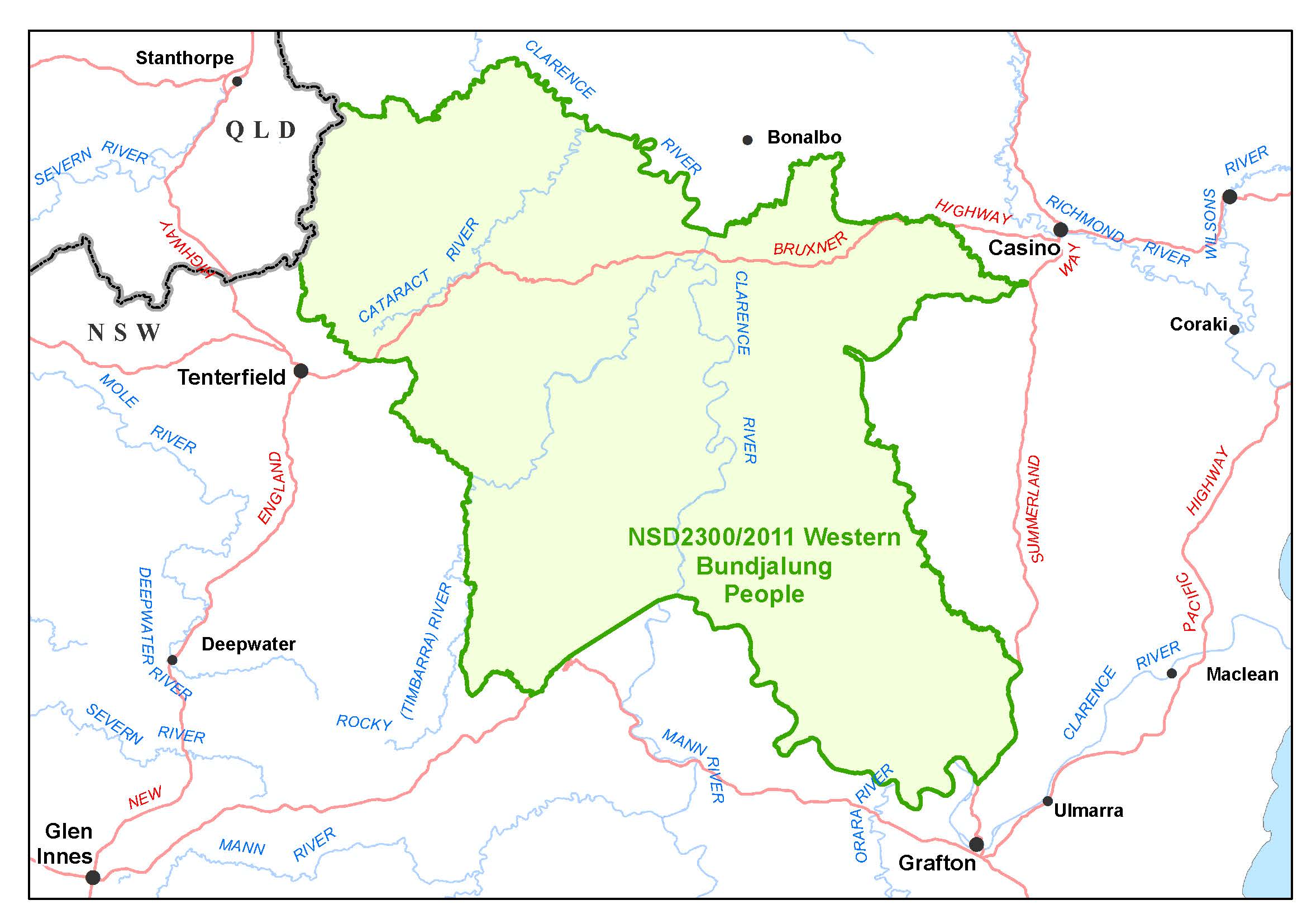 On 31 August 2017, the Federal Court made a consent determination that the Yaegl People have native title rights and interests over waters located between Woody Head, Wooli and Ulmarra on the north coast of NSW.

The Yaegl People had their non-exclusive native title rights to land recognised in June 2015.

The native title rights over water are non-exclusive which means that members of the public can continue enjoy their recreational activities on and in these waters as long as the rights of the native title holders are respected. An Indigenous land use agreements (ILUA) is a voluntary agreement between native title holders and others regarding the use of land of waters. Registered ILUAs are binding on all parties, including all persons holding native title in the area who are not parties to the agreement.

ILUAs are useful because they allow a native title groups and other people to reach flexible, pragmatic agreements related to native title.

To find out more about ILUAs, visit the NNTT or the current register.

Certain Crown land licences and permits have terminated automatically, in accordance with a clause in those licences and permits, following the Bandjalang, Yaegl and Barkandji native title consent determinations made by the Federal Court of Australia.

The department initially notified affected licence holders in September 2016 and since then has resolved 71% of the affected licences predominantly by reissuing the licences.

Dealings in land or water that affect (impair or extinguish) native title are referred to as ‘future acts’ and these acts must be done in compliance with the Native Title Act. The Native Title Act specifies procedures that must be followed before future acts can be done legally.

For more information on this issue, download the fact sheet.

The Native Title Manager Workbook has been designed to provide guidance and assistance to native title managers in understanding the tasks and responsibilities as part of day to day work as a Crown land manager.

Native title managers perform an important legislative function in ensuring compliance with native title obligations. This workbook provides support to Councils and professional Crown land managers to confidently fulfill their stewardship role over the Crown land they manage and avoid any risk of unintended outcomes and liabilities.

The workbook also provides information on the significance of native title and why it is important to Aboriginal people and their communities. This will continue to enhance and strengthen relationships with Aboriginal communities that will in turn benefit the economic and social outcomes of Councils and professional Crown land managers.

Back to top
Page link: https://www.industry.nsw.gov.au/lands/what-we-do/our-work/native-title