The NSW Department of Planning, Industry and Environment has considered a proposal to lease Crown land at Medlow Bath known as Katoomba Airfield. The prior lease had come to an end and a new lease applicant, FlyBlue Management Pty Ltd (FlyBlue), was identified following an expression of interest (EOI) process in 2017. 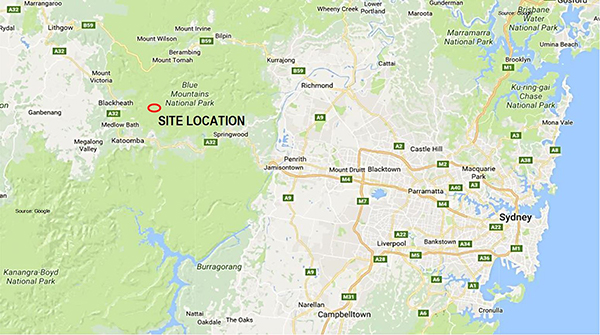 In January 2020, FlyBlue was notified that its lease application could not proceed in the form as proposed, and that a revised application that removed commercial helicopter flights could be considered.

Crown Lands has since requested that FlyBlue demonstrate a planning pathway that will authorise their proposed use of the site, given that an air transport facility is prohibited by the Blue Mountains Local Environmental Plan 2015.

Currently, Crown Lands has prohibited any commercial aviation activities on the site.

Crown Lands will consider any feedback from FlyBlue and whether an alternate proposal that addresses the community’s concerns is possible, prior to making any final decision.

Any alternate option at the site that is supported by Crown Lands, will be made publicly available and further community consultation will occur in accordance with the Crown land Community Engagement Strategy.

FlyBlue hold a licence to the site for access and site investigation.

In November 2017, FlyBlue responded to an EOI process, with a proposal to revitalise the site as a hub for recreational aviation.

More than 1,500 submissions were received as part of the community consultation process for the proposed lease of Katoomba Airfield. Copies of the submissions are available in the documents below, excluding those where consent to publish was not provided.

These documents are not sorted by any special order and have been grouped to enable easy download as required.

Of the submissions received, more than 85 per cent opposed the lease application and only 13 per cent were in support or offered conditional support.

The community feedback was carefully considered and a final decision made by the department not to proceed with the lease application in its current form.

The department advised FlyBlue that a revised application may be considered if commercial helicopter flights were removed from the application.

The department also advised FlyBlue to consider further community engagement to reach a balanced approach to the management of the concerns expressed during the submission period.

FlyBlue’s licence to operate aviation activities on the site ceased on 28 February 2020.

The airfield will remain open to emergency services.

A summary report identifying key themes from the consultation process has been developed by the department and is available for download.

A summary of community and stakeholder feedback provided during information sessions and key stakeholder meetings is included in the Addendum to the consultation summary report.

Following concerns raised by the lease proponent, FlyBlue, the Secretary of the NSW Department of Planning, Industry and Environment requested the Crown Lands Commissioner, Professor Richard Bush, undertake an independent review of the community consultation process for the proposed lease of the Katoomba Airfield.

The independent review was guided by terms of reference, with the Commissioner providing the final Crown Land Commissioner Report to the Secretary on 19 May 2020.

The Secretary has reviewed the recommendations from the Commissioner's report and requested Crown Lands consider appropriate implementation.

How did this proposal lease come about?

The previous lease ended late in 2017. The same year, following consultation with commonwealth, state and local government agencies, expressions of interest were invited from the public to identify interest in managing and / or further developing the site on behalf of the department.

Following this process in February 2018, a licence was granted to Derek and Floyd Larsen for Aerodrome and Land Management on the site. In January 2019 a lease application was lodged with the department by Mr and Mrs Larsen. The lease application is in the name of FlyBlue Management Pty Ltd, to satisfy the department’s requirements for the registration of any leaseholder as a legal entity.

Back to top
Page link: https://www.industry.nsw.gov.au/lands/public/on-exhibition/proposed-lease-of-katoomba-airfield