$3.95 million for improvements to Line of Lode in Broken Hill

The NSW Government will provide $3.95 million to support upgrades to the Line of Lode Reserve at Broken Hill.

Upper House MP Sam Farraway announced $1.185 million will be provided this financial year for the Crown land reserve and a further $2.765 million next financial year under the COVID-19 stimulus program.

“This funding will be used by the Department of Planning, Industry and Environment – Crown Lands which manages the reserve to redesign and extend the Broken Earth Cafe and also install a new water supply system,” Mr Farraway said.

“The operation of the Broken Earth Café is currently limited due to the layout and a lack of space so a redesign and expansion will allow the café to function more efficiently and enhance its food preparation and dining facilities.

“Improvements will allow for a new full-scale commercial kitchen and additional storage areas, new amenities, and improve the gift shop and function areas.

“During the day, the focus will be on the cafe and gift shop and at night a more substantial restaurant area will be available for tourists and visitors, as well as enabling conferences and functions to be held.”

Mr Farraway said the planned installation of a new reticulated water delivery system will allow for improved secure water supplies to the Line of Lode reserve and its facilities.

“At the moment the Line of Lode reserve uses a pump to transport water from the town water mains uphill via an above-ground poly-pipe to the site,” Mr Farraway said.

“The new reticulated system will ensure a consistent and reliable water supply for the reserve’s café and kitchen, water tanks, toilet facilities and grounds.

“The Line of Lode Reserve and Miner’s Memorial is a dramatic backdrop and symbol for Broken Hill and an important tribute for the more than 800 people who had lost their lives since mining began there in the 1880’s, so these improvements are great news.

“This latest funding follows more than $500,000 in improvements over the past five years to the Line of Lode including structural work to the cafe building, walkway and cantilever deck, and the glass balustrade on the Memorial,” Minister Pavey said.

“Other improvements have included installation of solar panels and lighting, fencing, the design of a water supply system, new bitumen paving and line marking in the carpark, CCTV security cameras, and directional and interpretative signage for the site.” 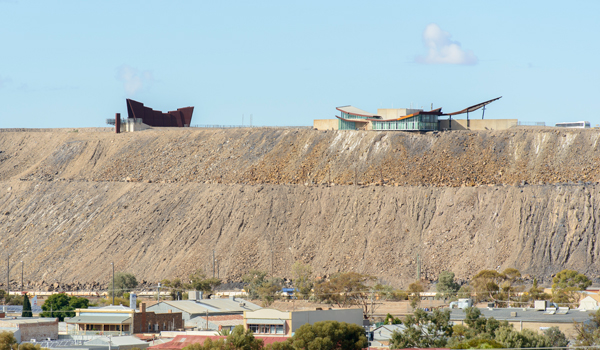 Back to top
Page link: https://www.industry.nsw.gov.au/lands/news/$3.95-million-for-improvements-to-line-of-lode-in-broken-hill