Many Crown land reserves have a rich and complex history, where the use of a reserve has evolved over time to meet the needs of the community. An   example of this is Hyde Park, which is now a popular retreat for workers and visitors to the Sydney CBD. At the beginning of the colony the land was used for collecting firewood and grazing animals. Its first recreational use was a racecourse and in the 1820s it was used as a cricket pitch. Later the   park became a venue for Sunday oratories on political and civic topics and for election meetings. In 2015 the Yininmadyemi: Thoust Didst Let Fall monument was completed. The work acknowledges that even before Aboriginal and Torres Strait Islander peoples were counted in the census and recognized   as citizens, they were risking their lives to defend Australia. The site for the monument, at Hyde Park South, was chosen as it was once a ritual contest ground, a crossroads for traditional walking trails, and an important site for ceremony, gathering and camping. 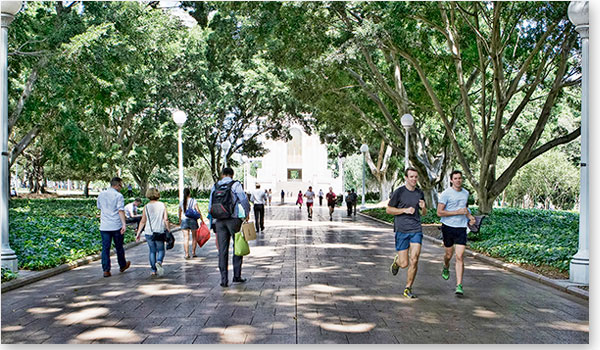 Back to top
Page link: https://www.industry.nsw.gov.au/lands/crown-land-2031-state-strategic-plan-for-crown-land/key-priorities/cultural-heritage