The grazing industry uses a network of Crown reserves called Travelling Stock Reserves (TSR) for moving or grazing stock around the state.

There are currently more than 6,500 TSRs on Crown land in NSW covering an area of approximately 2 million hectares. Almost 1.5 million hectares, or 75%, of the TSR network is in the western division of NSW.

Local Land Services is responsible for the care, control and management of about 500,000 hectares of TSR land, concentrated mainly in the central and eastern divisions. The TSRs in the western division are generally covered by western lands leases and as a result, the care and control of the TSR are managed by leaseholders.

The reserves in the western division can only be used for travelling stock and a stock movement permit is required. You will need to contact Local Lands Service for the permit prior to using the TSR. These reserves are not open for public access so cannot be used for recreation.

TSRs located in the eastern and central division can be used by graziers during times of drought, bushfire and flood as supplementary grazing areas or for apiary sites. Permits are also required from the Local Land Services for these activities. They can also be used by members of the public for recreation between sunrise and sunset and other uses such as conservation.

Find out more about:

The TSR network was established more than 150 years ago to allow the movement of livestock to and from markets. Many of these routes are believed to have followed pathways used traditionally by Aboriginal people to travel across country and many are adjacent to or follow tracks and rivers.

While TSRs are still important for travelling and grazing stock they are also widely recognised for playing a key role in landscape connectivity and biodiversity conservation across NSW. This is because they form corridors of Crown land between other landholdings. However, in the western division the TSRs form part of the existing leasehold land and are managed in the same way as the rest of the land. They are not fenced, are grazed in the same way as the surrounding land and are difficult to distinguish physically on the ground.

The agricultural and economic value of TSRs is important to agricultural industries and communities, particularly in times of extreme weather and other emergencies. TSRs that do not overlay western lands leases are also highly valued as important access points for recreational fishing and other social and recreational activities.

TSRs are important and valuable public assets used by the people of NSW for various social, environmental, community and economic activities. The NSW Government is committed to maintaining a viable and connected TSR network so that drovers, landholders and community groups in the state will continue to benefit from their use.

The TSR Review was conducted in close consultation with the community, partners and stakeholder groups with the aim of ensuring a useful and viable TSR network for the future. It involved public consultation, targeted consultations in three local government areas and a state-wide assessment of TSRs.

The main aim of the TSR review was to determine which TSRs are still used or required for the purpose for which they were originally established, and which TSRs are important for other reasons.

Response to the review of the NSW travelling stock reserve network presents the TSR Review’s general findings. It also details the NSW Government’s response to these findings, with the aim of ensuring the NSW TSR network is managed effectively for the benefit of the NSW community.

The Travelling Stock Reserves Dealings Policy was developed as a key commitment of the NSW Government Response to the TSR review, to guide site-specific dealings (leases, licences and sales), agreements and other activities on TSRs.

The policy ensures that connectivity of access to the active TSR network will be protected and remain viable and well-maintained, to support multiple purposes for the benefit of drovers, businesses, landholders and the community.

The Travelling Stock Reserves Dealings Procedure outlines how the Department and Local Land Services implement the policy and assess the impact of dealings, agreements and activities on the active TSR network to determine acceptable uses of TSR land.

Back to top
Page link: https://www.industry.nsw.gov.au/lands/access/travelling-stock 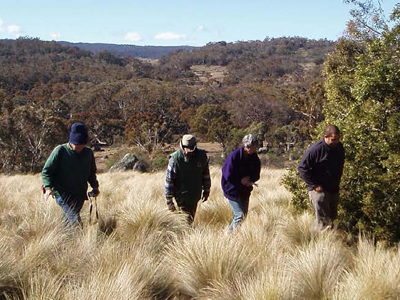 Response to the TSR network review

Presents general findings and the government’s response to these findings, with the aim of ensuring the TSR network is managed effectively for the benefit of the NSW community.