A NSW-based counter-drone company has dominated the 2018 Industry Innovation Awards at the Land Forces expo in Adelaide this week, taking out both the Small to Medium Enterprise (SME) Innovation Grant and the Young Innovator Award.

“It’s fantastic to see a NSW company recognised as the best of the best among the nation’s defence firms,” Mr Blair said.

“DroneShield’s success reflects NSW’s position as a leader in defence technology - it is breaking new ground when it comes to countering threats from hostile drone activity.

“It is particularly pleasing to see a company based in the Sydney Startup Hub becoming a world leader in new technology and landing significant international contracts.

“I’m proud of the role that the NSW Government’s support for the Startup Hub has played in the success of companies like DroneShield. The company was among 18 defence innovators selected across six categories from around Australia as finalists.”

In addition to the Winter Olympic Games, the DroneGun Tactical was used by Queensland Police at the recent Commonwealth Games on the Gold Coast and has been used by military and law enforcement agencies worldwide.

“The engineering team has taken all of this into account and what we’ve got as a result is a functional product that looks and feels great for the user.”

DroneShield has been a tenant of the Sydney Startup Hub at Wynyard since it opened and Mr Vornik said there are a number of natural benefits of being headquartered in NSW.

“There’s a significant labour pool, plus there’s something to be said about working in an environment where everyone is enthusiastic; success feeds success.”

Other NSW companies shortlisted as finalists included JAR Aerospace from Sydney (exhibiting on the NSW Government Stand) and Bluezone Group from Newcastle. 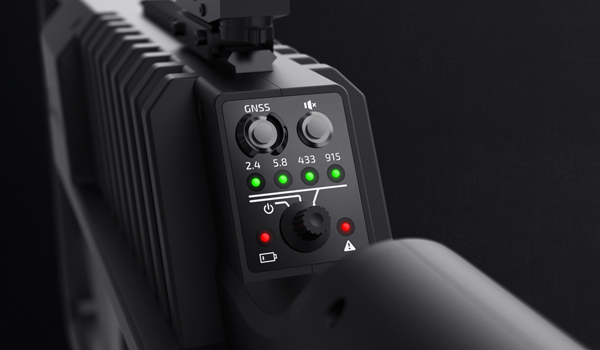 Back to top
Page link: https://www.industry.nsw.gov.au/defence-nsw/news/defence-news/media-releases/nsw-counter-drone-technology-awarded